Ex-Pats who have no intention of returning to Australia to live in their Australian home will be facing a substantial tax bill. Currently, all Australian homeowners can claim an exemption on the tax payable on any capital gain from the sale of their primary residence. This also applied to Australians living overseas. But after June 30, 2020, the CGT is going to be abolished for Australians who reside overseas.

How abolishing the CGT impacts ex-pats?

According to the Australian Tax Office, there were 182,000 non-resident Australians in 2016. The CGT exemption for Australian expatriates has been in place since September 20, 1985. For decades, Australians who have been residing overseas have been able to claim the capital gains tax (CGT) exemption on the family home. The exemption was in play if the owners leased the home for no more than 6 years at a time.

After June 30 all this is about to change. If you purchased the home prior to 7.30 pm on May 9, 2020, you have until June 30 to sell your property to qualify for the exemption or be hit with a tax bill. So, ex-pats are now trying to sell their main residence to avoid a large tax bill. The exemption is still available if the resident moves back into their home before putting it on the market. There are other exemptions based around ‘life events’ such a terminal medical condition, death or divorce.

This tax bill will be calculated from when they purchased their home. Not when they moved overseas. 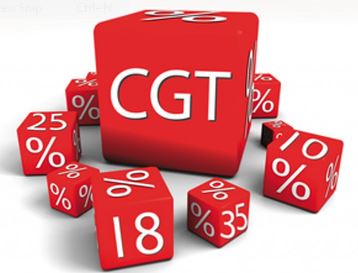 How is the Capital Gains Tax Calculated?

This could become a nightmare for a number of owners who have not kept expenses records on their property. Why should they since they were exempt from the CGT. The CGT will be based on the original cost of the home. Owners who have made improvements and other works and have not kept records could end up paying more tax than they should. A lot more.

Let’s say you purchased a home in 1994. Then for whatever reason, you were offered work overseas. The job was initially for 1 year but then one year turned to 3 years and so on and ultimately you ended up staying. If you purchased the home for $1.2 million and with inflation and the rise in Australian property the home is now worth $4.6 million. Your capital gains tax will be $1.8 million. And this will be around $750,000 in tax owed.

There are multiple scenarios that could change or affect non-resident Australian property owners. Initially, you should speak to your real estate agent. If they cannot help they should be able to point you in the direction of a qualified property tax consultant.

How To Save On Heating Costs in Winter

Finding The Right Renters For Your Investment Property