Interest rates are on the way up. But it’s not all bad news. 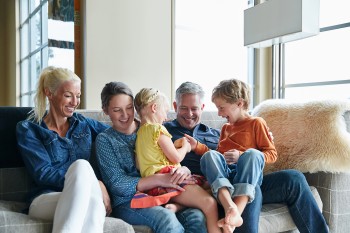 INTEREST rates are on the way up. But it’s not all bad news.

Why? Low interest rates encourage people to go out and spend money because they aren’t getting much interest from keeping it in the bank. This makes buying an asset, such as a home, more attractive. Homebuyers can pay less for a mortgage on a house that is going to give them a better return than a term deposit or savings account.

But with more people buying houses, this means more competition and higher prices. And in an environment of historically low interest rates, this translates to even crazier house price growth.

Over the growth cycle to date, house prices have risen by 75 per cent in Sydney and 54 per cent in Melbourne, according to CoreLogic data. Across the capital cities combined, prices have jumped 47 per cent.

“The counter argument in this case would be that for the hot markets — Sydney and Melbourne — raising rates should help cool them down and make them a more stable and a less risky market,” AMP chief economist Shane Oliver told news.com.au.

“That’s the benefit [of rate hikes].”

When interest rates increase, overall demand for property drops, which results in falling prices. However, there is one group of property punters that are traditionally more sensitive to the relationship between interest rate movements and property prices — investors.

“Investor demand will start to cool down and it is psychological,” Mr Oliver told news.com.au.

“But if they read the headlines about interest rates rising, an increase in concern that rising rates will dampen price gains in the property market will also dampen their own expectations of capital growth. Investors might be a bit more cautious rushing into the property market.”

“Investors will review their position in regards to property investment and reconsider their overall strategy in regards to wealth creation. That is the phenomenon and it is self-perpetuating — as investors walk, and try and sell their investments, that puts downward pressure on prices. And as prices fall, more investors will try to exit the market.”

This is significant because investors, which in the same way are more sensitive to interest rate cuts, have been fuelling much of the competition in the housing market.

To a lesser extent, investors can also be more sensitive financially to movements in the interest rate, making rate hikes even more of a disincentive to invest in real estate.

According to an analysis by Digital Finance Analytics, based on extensive surveys of 26,000 Australian households, 38 per cent of investor households are at risk of mortgage difficulty with a rate hike of 1 per cent, compared to 28 per cent of owner-occupier households.

“If rates went up, investors would be able to offset those interest costs because of negative gearing, so they shouldn’t be that badly impacted but what it might do is tip the balance,” Mr North said.

“A lot of investors are relying on the rental streams from their properties to pay the mortgage but about half of them aren’t receiving enough in the rental stream to cover the cost of their mortgage, even at these low rates. So they have to find the difference from their other sources of income.

“This means as interest rates rise, the gap between the rental stream and the interest rate costs rise, and they will have to find a way to cover that out of their own pockets.”

All of this translates to good news for first homebuyers. Especially because it isn’t the cost of servicing a mortgage that is locking many first home hopefuls out, but the sky high deposits from unrelenting house prices.

“I don’t think first homebuyers should worry about the rate hikes because they are very modest,” Mr North said.

“It could turn out well for first homebuyers. We did see an element of this two years ago when APRA [the Australian Prudential Regulation Authority] tightened the screws on lending to investors. But it was a brief widow,” he said.

“If I were a first home buyer I would be sitting on my hands and I would not be buying at this stage because we are at the peak of the cycle,” he told news.com.au.

“I do believe prices will begin to correct themselves but it is a question of how quick and how fast. My own view is, first home buyers shouldn’t panic but they should stay on the sidelines a bit longer because you’ll be seeing some relief down the track.”