This is why we’re trekking the Kokoda Trail 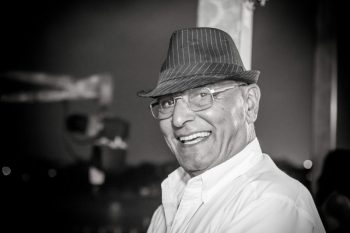 Stavros Ambatzidis: Watching my father suffer from motor neurone disease is the hardest thing I’ve ever had to do.

The disease is cruel. It gradually robbed Dad of his physical abilities, his health deteriorating noticeably every week.

Dad was my idol, and his death – just four months after his diagnosis – was devastating. But something positive has come out of it.

In my dad’s final months, our family was humbled by the amazing support we received from many corners, including MND Victoria and the team at OBrien Real Estate.

One thing I learnt from Dad’s illness was that until there’s a cure for MND, we must provide care to its sufferers.

And that’s what MND Victoria did for my father. They didn’t have a cure for him, but they did everything they could to make him as comfortable as possible.

They provided all the equipment, furniture, beds, pillows – everything he needed as his involuntary muscles were attacked by the disease.

My team at OBrien raised money to install a ramp for his motorised scooter and build him a new bathroom.

After my father passed away, I knew that I wanted to pay all this kindness forward. I didn’t want to take, and not give back.

So last year, on the first anniversary of Dad’s death, we led a team that walked more thank 100km across the Great Wall of China in five days – raising $112,000 for MND Victoria.

This month, for the second anniversary, nine of us will walk the Kokoda Trail.

Dad’s death has also spurred me to spearhead the creation of the OBrien Real Estate Foundation, a philanthropic arm that will give back to not only MND, but many charities and community organisations.

Being involved with MND Victoria has opened my eyes to the many causes that desperately need help.

The OBrien Real Estate Foundation gives our company a vehicle to offer that help.

Importantly for me, it means that my Dad’s values and spirit live on.

MND changed our lives, and I miss my father terribly.

I know that going to Kokoda won’t bring him back, but the fundraising will make a huge difference to others suffering from this abominable disease.

To support us in the Kokoda Trail 2018 Ultimate Challenge and our mission to D’Feet MND, donate here.