Why is Melbourne growing faster than any other population. 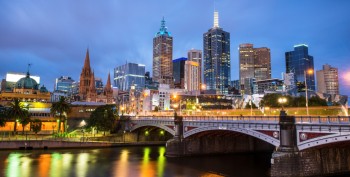 Melbourne is growing at a rapid pace, with bustling communities found in its inner cities and surrounding suburbs. This seems to be in direct contrast to many other regions in the country that are seeing a noticeable drop in growth across the board. So, what is it that is making Melbourne buck the trend? This post hopes to shed a little bit of light on what is making Melbourne so attractive to natives and transplants alike.

Growth in Australia is usually focused on the inner cities and coastlines, leaving regional areas and historical suburbs in a bit of a state. As population has continued to drop across the regional areas, inner cities and coasts have flourished – but none more so than Melbourne. Much of the growth seen by the second biggest city in Australia is largely thanks to overseas migrants and native arrivals.

The desire for people to move to Melbourne has caused a property frenzy, and as a result many of Melbourne’s suburbs are growing in affluence, popularity and – most importantly – price. As a city, the suburbs of Melbourne were generally seen as more desirable south of the Yarra River. However, with the new wave of prospective tenants and property owners, it seems that this historical preference is starting to change.

The western suburbs of Melbourne – Altona, Keilor and Sunshine – are all growing into incredibly affluent and desirable places to live. This sort of shift would have been unthinkable a few years ago, but Melbourne is a driving force for change in suburbs. With that said, the most happening areas surrounding Melbourne are elsewhere – East Melbourne, South Yarra and Toorak take the cake for what is arguably the three best places to live.

East Melbourne has been touted as the most liveable suburb in the world’s most loveable city, and a quick walk through the area will explain why. With glamorous heritage-listed wide streets and lush trees dotting the area it oozes class and decadence. However, the neighbourhood lacks any decent shops, schools or cafes. This does not seem to be too much of an issue though, with surrounding suburbs such as Richmond providing those amenities in droves.

Another gem found in Melbourne’s suburbs is South Yarra. The quaint neighbourhood is home to the spellbinding Royal Botanical Gardens, boutiques, cinemas and nightclubs. This is an area steeped in culture, swank and glitz. It balances this with a vibrant, bohemian vibe that manifests itself in street markets that sell arts, crafts and handcrafted jewellery.

Melbourne’s suburbs are some of the most culturally rich, beautiful and well kept in the world. As a result, they have helped catapult Melbourne into one of the most desirable places to live in the world as well as the fastest growing city in Australia.