OBrien Real Estate are Looking for a Hat Tick in Perth! 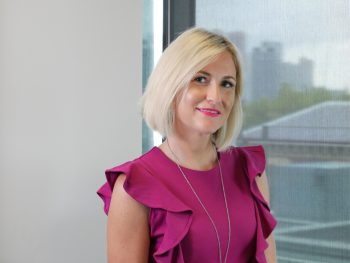 At the recent REIV awards in Melbourne, OBrien were honoured by taking home two industry awards, one for “Communication” and the other for “Corporate Promotion Multiple Offices”.

The team were absolutely thrilled to receive the recognition for their “Real Life. Real Stories. Real Estate Agents” campaign.

Their successful campaign is now being nationally recognised with OBrien Real Estate being nominated as finalist in the “REIA National Awards for Excellence”.

The team is up for the “Communication Award” for their stellar “Real Life. Real Stories. Real Estate Agents” campaign which is definitely being noticed.

This award recognises excellence in marketing, advertising and communication and the OBrien Team will be up against some of the nations best agencies in this category.

OBrien had over 25 client ambassadors representing the campaign through video,  radio, social and print.  All client ambassadors were real life customers, for instance Chanelle Pearson pictured, is a local Berwick resident with a growing family.  “It was great meeting our customers and why they chose OBrien. It was very fulfilling knowing that we made a difference in their life” said Jason Mudford General Manager at OBrien Real Estate.

Jason can’t believe the overwhelming success of the campaign and is excited by the prospect of a “Hat Trick” for the group and attributes the growth of the network to the hard work and dedication behind the campaign.

Winners will be announced at the Gala event being held on the 21st March, 2019 at Crown Perth.