Only in the darkness can you see the stars.

Hi Guys, it’s Jason Mudford from OBrien Real Estate with another edition of the Rental Market News for 2020 where real estate information is on the house.

It’s R U OK day this week, it’s actually on Thursday, September 10. If 2020 has taught us anything, it’s the value of having genuine conversations with people who are struggling. it’s the simple things that matter like hearing a familiar voice or even a different voice on the other end of the phone, it’s great vitamin C, vitamin connection. Here are two quotes I have thinking about this week. “I am thankful for my struggles because, without it, I wouldn’t have stumbled upon my strength” from Alexandra Elle. And “you will never know how strong you are until being strong is your only choice” from Bob Marley.

Here is the headline news in the rental market space this week reported by SQM research: 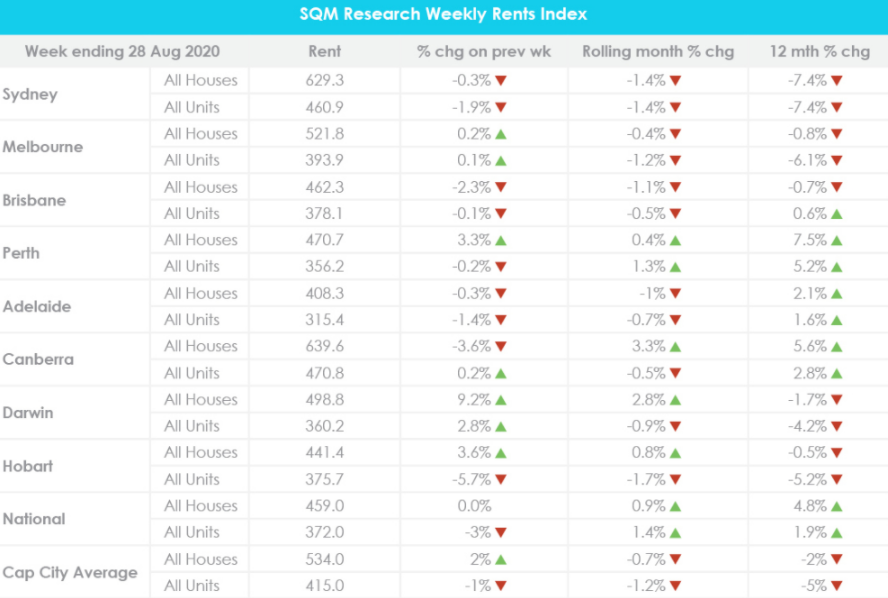 The good news this week, we have beaten the predictions, the Reserve bank was predicting a 10% drop in Australia’s GDP growth this quarter, what in fact happened was the economy contracted by 7% and although our worst result since 1945 the result fairs the best out of most of the developed countries across the globe with the average drop for developed countries being 11% with the worst result for a developed nation being the UK, they experienced a drop of 20.4%. After the Reserve Bank of Australia last week kept the cash rate unchanged at 0.25 the RBA Governor Philip Lowe said “A stronger recovery is possible if progress is made in containing the virus in the near future”

Here are the main economic headlines for the week:

That’s all for this week, I’m Jason Mudford and remember the information provided is of a general nature you should always seek independent legal, financial, taxation or other advice in relation to your unique circumstances.