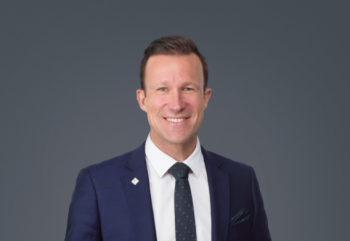 “The ban on private inspections is forcing many buyers to rent”

Hi Guys, it’s Jason Mudford from OBrien Real Estate with another edition of the Rental Market News for 2020 where real estate information is on the house.

The federal government’s six-month moratorium on evictions ends this month for Queenslanders, with New South Wales and the ACT following suit next month in October. While Victoria has rightly kicked the can down the road to March 2020, it’s not too early for renters and landlords to start preparing for the inevitable. No doubt landlords have been financially squeezed, likewise has tenants, however, Landlords may be experiencing a double whammy having possibly lost their jobs plus receiving less rent. This is where a good property management service becomes vitally important and getting the right advice when weighing up the pain of rental discounts with the threat of vacancies and a softer market. Receiving a lower rent in the short term, rather than no rent, is a less risky proposition than being forced to sell property in a down market.

Currently, in our marketplace around suburban Melbourne, the demand we are experiencing for 3 and 4 bedroom accommodation is strong with an average between 20 and 30 enquiries per property and up to 40 enquires in some instances if the property is priced right. We believe this spike in demand is directly coming from the ban placed on private inspections which are forcing buyers to opt-out and rent instead.

The good news this week

The US Election is still 7 weeks away but markets become volatile when a new incumbent President is expected to win and we are seeing that at the moment. The Election is on for Tuesday 3 November and Joe Biden is leading the opinion polls, this election would normally be the biggest event for 2020 if it wasn’t for the “Black Swan Covid-19” event. An interesting piece of data I have read is since 1928 in 19 of the 23 elections US shares post an election has seen an average surge of 11.3% in growth over the course of the next 12 months. However, since 1952 every time US stocks have experienced a bear market or the US has endured a recession the president has lost their place in the White House.

You’ll see from the graph shown that WA leads the way with jobs receovery and you’ll see NSW steadying the ship and sadly the fortunes of Victoria is suffering the most. The RBA notes that Western Australia is leading the economic recovery. Deputy Governor-general Guy Debelle said: “The pick-up in WA has been such that some of the Bank’s business liaison contacts are reporting that in some skill areas they are finding it hard to find labour. 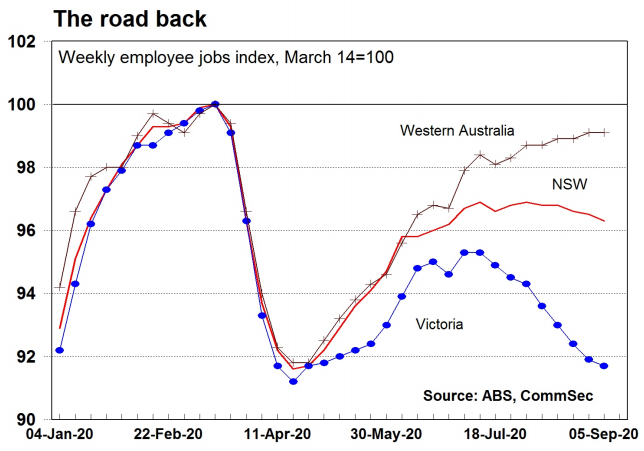 And lastly, this week, based on our Roadmap to open Metro Melbourne has some relief is coming this Monday 28 September, the main changes are public gatherings where up to 5 people from a maximum of 2 households can meet outdoors so expect to see a lot of picnics from Monday. Childcare will open which will give some respite to families and when school holidays are over will see prep to grade 2 and VCE students return as well as specialist schools. And lastly, one on one outdoor exercise with a personal trainer will be allowed.

That’s all for this week, I’m Jason Mudford and remember the information provided is of a general nature you should always seek independent legal, financial, taxation or other advice in relation to your unique circumstances.