The Five Best Places to Buy Property in Melbourne 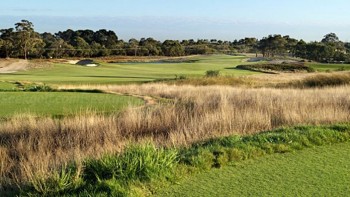 In the last two years, Melbourne’s growth in the property market has come to surpass that of Canberra, Brisbane and Sydney. A great many factors have spurred this property boom, not least of which is Melbourne’s having topped the Economic Intelligence Unit’s list of most livable cities for two years running. With its economy thriving, its population rising and its reputation for great art, music and food steadily improving, Melbourne’s property market looks like it won’t be slowing down anytime soon.

Listed below are the four areas of Melbourne in which property shows the greatest potential for short- and long-term investment.

1. Box Hill. This suburb is popular among Chinese investors, as its annual growth rate of 10.9% and rental yield of 10.6% demonstrates. Apartments here are still affordable and the median price as yet remains under $500,000. The suburb has convenient access to the Maroondah Highway, a great many cafes and restaurants and a growing reputation as a major commercial centre.

2. Frankston. This seaside suburb has enjoyed a massive turnaround in the last five years, in terms of both its reputation and its economy. With the opening of a $50 million dollar aquatic centre here last year, and a $7.5 million dollar yacht club due for completion before the close of 2015, Frankston’s standing will continue to improve. An annual growth rate of 10.2% substantiates this, and a median price of $350,000 for a house represents a superb entry level investment.

3. Cranbourne. As prices skyrocket throughout the inner suburbs homebuyers will be pushed towards Melbourne’s periphery – and into an emerging market. Cranbourne East has shown a very impressive annual growth rate of 16.9% and here the median price for a four bedroom home is just $450,000, which is $250,000 less than Melbourne’s average.

4. Botanic Ridge. With an even 20% annual growth rate and an idyllic location between Cranbourne’s Royal Botanic Garden and the Settlers Run Golf Course, Botanic Ridge represents a unique investment opportunity. The extension of the nearby urban growth boundary and huge gains anticipated as retiring baby boomers move to more scenic areas means that the median price for a four-bedroom house in Botanic Ridge ($573,000) is sure to rise.