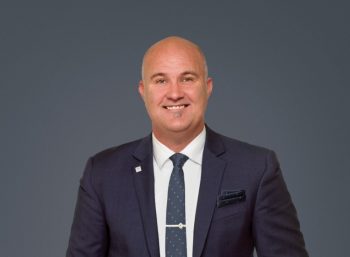 A big week in news this week:
The First Home Loan Deposit scheme will be extended with 10,000 new places, now only available for new builds starting from October 6. The cap has also been increased from $600,000 to $850,000. Detached housing starts in Australia were up 5 per cent in July. Victorians to receive a 3-month extension to the $25,000 Home Builder Scheme. RBA leaves the cash rate unchanged for October, with November now an odds on favourite to a 15 basis point cut. The federal budget is now handed down with a $213 billion deficit, the largest since World War 2. Forecasts in economic growth by the government in FY 21/22 is expected to rise from 1.5% to at 4.75% and unemployment is expected to fall to 6.50% The major initiative of the budget was the $4 billion Job Maker hiring plan for the young which is set to create 450,000 jobs.

Employers of 16 to 30 year olds to be given a $200 a week credit and $100 for 30 to 35 year olds. On top of that the Job Trainer scheme for school leavers offering a $1.2 billion wage subsidy for traineeships and apprenticeships. Tax cuts of $1,080 will apply almost immediately for earners over $45K and $2,565 for earners over $90K. ANZ job advertisements rose by 7.8% in September up for the 5th month in a row. Australia has posted 32 successive monthly trade surpluses with record exports to the USA.

Corelogic released its September home price index and all capital cities rose in value except for Sydney and Melbourne. Since peaking in March, Melbourne values are down 5.5% but are still 3.1% up on this time 12 months ago. 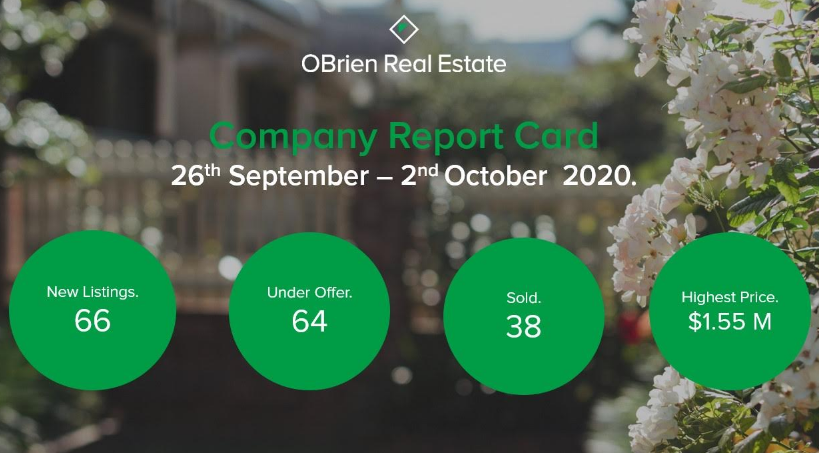 Across OBrien Real Estate for the week we saw activity rise. There was plenty of pent up enquiry for the first week since allowing private inspection to re-commence. We expect to see this continue for the month with the further easing of restrictions hopeful for later this month like regional property inspections for metro buyers. Across OBrien Real Estate we launched 66 properties, 64 properties under offer, and 38 sold. We expect to see some of these metrics increase by up to approximately 50% in the coming week. Onto the sales across the state, realestate.com.au data reveals 925 private sales occurred across the state up from 784 last week.

And now for a little acknowledgement on our people’s success. The 2020 REIV awards for excellence finalists are in and we are excited to announce OBrien are a finalist in the following 4 categories:

Congratulations to all the finalists and everyone involved and the best of luck to Anthony Molinaro from our Blackburn office in next week’s REIV senior auctioneering competition!

Remember, If you’re considering selling don’t forget the “Sell with OBrien” competition, due to the extended restrictions since we launched the competition in early September we have decided to extend the competition to 29 January 2021. To enter, list your home for sale with OBrien to go into a draw to win a Volkswagen Polo, an entertainment package or a furniture package.