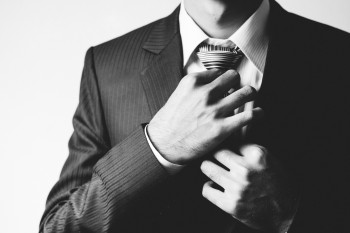 If we’re going to restore some sanity to the Australian housing market, the regulator must step in to ban “toxic” interest-only loans, economist Lindsay David has argued.

“It’s definitely the best policy to take artificial and speculative heat out of the market,” he told news.com.au.

According to the founder of property market research firm LF Economics, the much-maligned negative gearing is “only 8 to 10 per cent” of the reason why house prices in Australia are so high.

CoreLogic figures released this week showed home prices in Australia’s capital cities have jumped 3.7 per cent since the start of the year alone, with Sydney leading the charge, increasing by 5.3 per cent.

Earlier this year, Sydney was named the second most unaffordable city in the world second only to Hong Kong by research firm Demographia.

“Over the last 20 years, Australian house prices have risen in real terms by about 131 per cent, in the same time real wages have risen by about 38 per cent, and real rents have only increased by about 20 per cent,” Mr David told Sky News.

“So I disagree that Australia actually has a housing affordability issue, but what we do have is a credit-fuelled housing bubble issue. The easiest way to make house prices more affordable is to limit the amount of debt that gets flooded into the housing market.

“Here in Australia we’ve had this total household credit expansion that has moved in a beautiful straight line at about a 35-degree angle — the only other line I know that grows like that is Bernie Madoff’s Ponzi scheme.”

In a bid to keep the housing market under control, the Australian Prudential Regulation Authority recently introduced a new rule requiring banks to keep growth in investor loans under 10 per cent.

Mr David argues the banks can easily “get around” the growth cap, and argues APRA should instead be thinking about banning interest-only loans, which now make up around 40 per cent of all mortgages. “These loans are very dangerous to the core fundamentals of the Australian economy, they’re toxic to the housing market and they’re toxic to those who buy bank securities,” he said.

He said the solution was not first-home owner grants or other proposed solutions such as accessing superannuation, which would only push up prices further.

“Just get rid of them. Just get rid of everything, let the market work on its own, and let’s try and reduce the risk profile of our banking system one way or another, because it looks like a giant Lehman Brothers waiting to go ‘ker-shmang’.”

He added that the lack of supply argument was “bogus”. “It’s the demand side that’s the big problem — it’s artificial,” he said.

“People aren’t paying this much money for a house because they’re trying to make money on rent. If there was such a supply issue, there wouldn’t be any negatively geared property owners because you would have seen rents go through the roof.”

And while Sydney prices are “insane”, Mr David believes Melbourne is currently in most danger. “In Melbourne, over the last 20 years house prices have risen in real terms by about 214 per cent, whereas rents have only risen by about 12 per cent,” he said.

“That is probably the biggest mismatch you will see of any city in the world pretty much. It’s nearly impossible to see how Melbourne cannot be the largest housing bubble in the country, even versus Sydney despite house prices being absolutely insane here.

“Yes they’re overvalued, yes they’re in a bubble, but nowhere near to the length that Melbourne is. And you look at Perth, Adelaide, Brisbane too, it’s the same story. They’re probably two times the value they should be.

“That’s been fuelled by a massive sum of credit flooding the housing market.”

It comes as all four of the big banks have been sharply hiking interest rates for interest-only loans, with some offering to waive switching fees for customers who move principal and interest repayments.

Despite the official cash rate remaining on hold at its historic low of 1.5 per cent, banks have been raising rates out of cycle with the Reserve Bank to protect their profit margins as funding costs rise.

Late last year, the final report from a two-year parliamentary inquiry into housing affordability came back with no recommendations, drawing strong criticism from Labor and the Greens.

The committee argued against changes to negative gearing and capital gains tax discounts, a position shared by the federal government. Prime Minister Malcolm Turnbull and Treasurer Scott Morrison have blamed soaring house prices on a lack of supply.