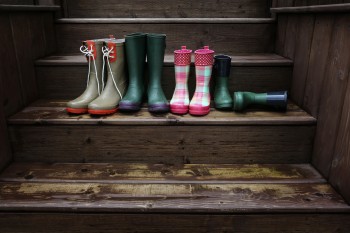 The housing market is strengthening in the lead up to the spring selling season, with prices and auction clearance rates steadily rising.

Prices grew by 0.8 per cent rise in Melbourne, 0.2 per cent in Sydney and 0.1 per cent in both Brisbane and Adelaide.

“The strong housing market conditions in Sydney and Melbourne coincide with the highest clearance rates in a year as well as low advertised stock levels and a reasonably steady rate of mortgage demand,” CoreLogic head of research Tim Lawless said.

“The upcoming spring season will provide a timely test of the housing markets resilience to a slowdown, with listing numbers expected to show their seasonal rise over the coming months and subsequently auction markets to also see an increase in activity.”

The average national auction clearance rate rose to 76.6 per cent, from 75.2 per cent.

About 80 per cent of the homes under the hammer were sold in Melbourne and Sydney last week.

But less than half of those auctioned changed hands in Brisbane and only 21.4 per cent were sold in Perth.

CoreLogic also said the average number listed for sale slumped 6.8 per cent last week, dragged down by a 20.9 per cent drop in Sydney and a 7.8 per cent fall in Melbourne,

Perth, still in the midst of the mining downturn, was an anomaly.

Despite fewer than one in four homes auctioned being sold and an 8.9 per cent leap in a number of homes being listed for sale, Perth home prices actually jumped 1.9 per cent last week.